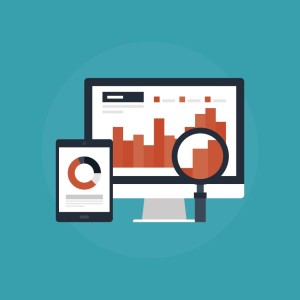 Query analysis is a fantastic path in the pursuit to achieve high performance. It’s also probably the most repeated part of a DBA’s daily adventure. For most of us, the weapon of choice is definitely pt-query-digest, which is one of the best tools for slow query analysis out there.

Why not use pt-query-digest? Well, sometimes getting the slow log can be a challenge, such as with RDS instances or when your database is running as part of a DBaaS, which is a common practice in certain organizations.

In those cases it’s good to have an alternative. And in this case, the chosen one is the Performance Schema. We have already talked about the events_statements_* tables; however, this is the moment for the events_statements_summary_by_digest. In this table each row summarizes events for given schema/digest values (note that before MySQL 5.6.9, there is no SCHEMA_NAME column and grouping is based on DIGEST values only).

In order for MySQL to start to aggregate information in summary tables, you must verify that the consumer statement_digest is enabled.

Now, the most straightforward way to get data is to simply query the table, like this:

This will show you the picture of volume and frequency of SQL statements in your server. As simple as that. But there are some caveats:

To solve the first issue, we can use the events_statements_history table to get complete queries for all the digests. I chose not to use events_statements_currents because of the short life the rows have on that table. With history, there are more chances to get more queries in the same amount of time.

To address the second issue, we just need to TRUNCATE the events_statements_summary_by_digest table. This way the summary will start from scratch.

Since Performance Schema is available on all the platforms supported by MySQL, I chose to run the tests on an Amazon RDS MySQL instance. The only thing I didn’t like is that P_S is disabled by default on RDS and to enable it requires an instances reboot. Other than that, everything is the same as in a regular instance.

The table schema is the following:

The original SQL_TEXT field from the events_statements_history table is defined as longtext, but unless you are using Percona Server (5.5+), you won’t be able to use longtext on a memory table. This is possible in Percona Server because the Improved Memory Engine permits the use of Blob and Text fields on the Memory Storage Engine. The workaround is to define that field as a varchar 1024. Why 1024? That’s another requirement from the table: The SQL_TEXT is fixed at 1024 chars. It’s only after MySQL 5.7.6 that the maximum number of bytes to display can be modified by changing the performance_schema_max_sql_text_length system variable at server startup.

Also, since we are going to use EVENTS on RDS, the “event_scheduler” variable has to be set to ON. Luckily, it is a dynamic variable so there’s no need to reboot the instance after modifying the Parameter Group. If using a non-RDS, it’s enough to execute “SET GLOBAL event_scheduler = ON;”

The event is defined to be run immediately, once per second, for 5 minutes. After the event is complete, it will be deleted.

When the event is done, we are in position to get the query digest. Simply execute this query:

The order by is similar to the one pt-query-digest does by default, but it could be any one you want.