Featured Talk: The Future of Replication is Today: New Features in Practice

In the past years, both MySQL 5.6, MySQL 5.7 and MariaDB 10 have been successful implementing new features. For many DBAs, the “old way” of replicating data is comfortable so taking the action to implement these new features seems like a momentous leap rather then a simple step. But perhaps it isn’t that complicated…

Giuseppe Maxia, a Quality Assurance Architect at VMware and loyal member of the Percona Live Confe 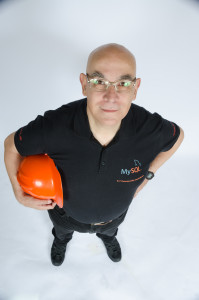 rence Committee will be presenting “The Future of Replication is Today: New Features in Practice” at the Percona Live Data Performance Conference this September in Amsterdam.
Percona’s Community Manager, Tom Diederich had an opportunity to catch up with Giuseppe last week and get an in-depth look at some of the items Giuseppe will be covering in his talk in addition to getting his take on some of the hot sessions to hit while at the conference.  This is how it went:

(Hint: Read to the end to find a special discount code)

Tom: Your talk is titled, “The Future of Replication is today: new features in practice.” What are the top 3 areas in which replication options have improved in MySQL 5.6, MySQL 5.7, and MariaDB 10?
Giuseppe: Replication has been stagnant for over 10 years. Before MySQL 5.6, the only important change in the technology was the introduction of row-based replication in 2008. After that, we had to wait till 2013 to see global transaction identifiers in MySQL 5.6, followed by the same feature, with different implementation in 2014 with MariaDB 10. GTID has been complemented, in both flavors, with crash-safe replication tables, which is a feature that guarantees a reliable resume of replication after a server failure. There is also the parallel applier, a minor feature that has been implemented in both MySQL 5.6 and MariaDB, and improved in latest versions, although it seems to lack proper support for monitoring. The last feature that was introduced in MySQL 5.6 and MariaDB 10 is multi-source replication, i.e. the ability of replicating from multiple masters to a single slave. In both editions, the implementation is quite simple, and not so different from what DBAs are used to do for regular replication.
Tom: For DBAs, how difficult will it be to make the change from the “old way” of replicating data — to stop using the same comfortable features that have been around for several years — and put into practice some of the latest features?
Giuseppe: The adoption of new features can be deceptively simple. For example, GTID in MariaDB comes out of the box and its adoption could be as easy as running a backup followed by a restore, but it can produce unpleasant results if you try to combine this feature with multi-source replication without planning ahead. That said, the transition could be simpler than its counterpart in MySQL.
MySQL 5.6 and 5.7 require some reconfiguration to run GTID, and users can face unpleasant failures due to the complexity of the rules applying to this feature. They will need to read the manual thoroughly and test the deployment extensively before trusting an upgrade in production.
For multi-source replication, the difficulties are, in my experience, hidden in the users expectations. When speaking about multi-source (or multi-masters, as it is commonly referred to), many users have the mistaken expectation that they can easily insert anything in multiple masters as if they were doing it in a single server. However, the nature of asynchronous replication and the current implementation of multi-source topologies do not handle conflicts, and this fact will probably surprise and anger the early adopters.
Tom: What is still missing in replication technology? How can MySQL improve?
Giuseppe: There are two areas where the current implementation is lacking. The first one is monitoring data: while new features have been adding up to replication, there is not enough effort made to cover the monitoring needs. The current way of monitoring replication is hard-wired around the original replication feature, and little has been done to give the users a deeper view of what is going on. With the latest releases at our disposal, we can run parallel replication using multiple masters, and yet we have very little visibility on what goes on inside the dozen of threads that the new features can unchain inside a single slave. It’s like driving a F1 racing car with the dashboard of a Ford model-T. MySQL 5.7 has moved a few steps in that direction, with the new replication tables in performance_schema, but it is still a drop in the ocean compared to what we need.
The second area where replication is still too much tied with its past is in heterogeneous replication. While relational databases are still dominating the front-end of the web economy, its back-end is largely being run by different structures, such as Hadoop, MongoDB, Cassandra. Moving data back and forth between the relational storage and its growing siblings has become an urgent need. There have been a few sparks of change in this direction, but nothing that can qualify as promising changes.
Tom: Which other session(s) are you most looking forward to besides your own?
Giuseppe: I am always interested in the sessions that explain and discuss new features. I am most interested in the talks by Oracle engineers, who have been piling up many features in the latest years, and I am sure they have something more up their sleeve that will appear at the conference. I also attend eagerly sessions about complementary tools, which are usually highly educational and often give me more ideas.

Want to read more on the topic? Visit Giuseppe’s blog:

The Percona Live Data Performance Conference is the premier event for the rich and diverse MySQL, NoSQL and data in the cloud ecosystems in Europe. It is the place to be for the open source community as well as businesses that thrive in the MySQL, NoSQL, cloud, big data and IoT (Internet of Things) marketplaces. Attendees include DBAs, sysadmins, developers, architects, CTOs, CEOs, and vendors from around the world.

This year’s conference will feature one day of tutorials and two days of keynote talks and breakout sessions related to MySQL, NoSQL and Data in the Cloud. Attendees will get briefed on the hottest topics, learn about building and maintaining high-performing deployments and hear from top industry leaders.

Register using code “FeaturedTalk” and save 20 euros off of registration!

Hope to see you in Amsterdam!

Kortney joined Percona in September 2010. She works as the Director of Global Events putting together different industry events around the world most notable the Percona Live series.