Alexey was born and lives in Novosibirsk, Russia. He started his IT career in 1999 with an Internet-startup in Novosibirsk. Later he worked as a software engineer, system administrator, department head, and as an independent consultant. His work mostly concentrated around Linux and Linux-based infrastructures and solutions. He has good experience with creating infrastructures for startups, from concept to working system. He now lives in Novosibirsk with his wife and daughter. In his free time he enjoys reading books, archery, car driving and music. 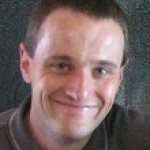 Roel joined Percona in July, 2012. A seasoned professional, Roel has an extensive and varied background in IT, backed up by many industry leading certifications. Previously Roel was a Senior QA Engineer at Oracle, contributing significantly to the MySQL QA infrastructure. Prior to this he was a Senior Support Engineer at Oracle/Sun, supporting enterprise scale MySQL deployments across a variety of platforms. Roel's prior IT career also included being a Support/Systems Engineer at Siemens, and a Project Manager for Volvo IT, where he led several major projects. He currently works from his home office in NSW, Australia. Roel also enjoys time with God, his wife and 5 children, or in just being out and about.