Accessing Data Through Hibernate, What DBAs Should Tell Developers

This presentation will go through the simple process of accessing data from a Java application. What actually happens when we use a simple direct connection, and what instead happens using an ORM/Persistent layer like hibernate. How this apparently makes programmers life easier... and the DBA's days more difficult. 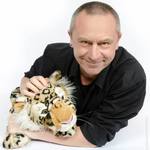 Marco has his own international practice for the past twenty seven years. His experience and expertise are in a wide variety of information technology and information management fields of application and cover research, development, analysis, quality control, project management and team management. Marco has move to Percona as manager of the Consulting Rapid Response Team on October 2013. Marco has moved from Italy to Ottawa, Canada in 2011 where he actually lives with his family. He has being working as employee for the SUN Microsystems as MySQL Professional Service manager for South Europe., and previously in MySQL AB. He has worked with the Food and Agriculture Organization of the United Nation since 1994, leading the development of the Organization’s hyper textual environment.Team leader for the FAO corporate database support. For several years he has led the development group in the WAICENT/Faoinfo team. He has assisted in defining the Organization’s guidelines for the dissemination of information from the technology and the management point of view. He has acted as coordinator between WAICENT and other departments; he has been a member of the FAO Information Management and Technology Committee since 1999. He designed and lead the development of some of the main web related FAO projects, and web publish architecture. He has participated in field missions in order to perform analysis, reviews and evaluation of the status of local projects, providing local support and advice. 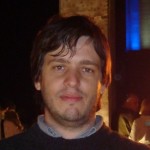 Francisco has been working in MySQL since 2006, he has worked for several companies which includes Health Care industry to Gaming. Over the last 3 years he has been working as a Remote DBA consultant which help him to acquire a lot of technical and multi-cultural skills. He lives in Buenos Aires, Argentina and during his free time he likes to play football, spent time with family and friends and cook.