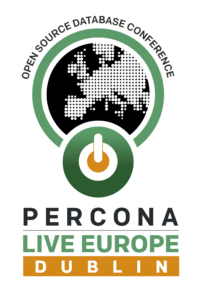 Percona Live Europe 2017 keeps providing excellent sessions with useful information on great open source database technologies. Yandex’s Clickhouse was one of these technologies that was well covered at the conference this year. There were several talks that featured Clickhouse this year. I was able to attend two of them.

The first was a discussion of Clickhouse internals.

ClickHouse is an open source DBMS for high-performance analytics, originally developed at Yandex for the needs of Yandex.Metrica web analytics system. It is capable of storing petabytes of data and processing billions of rows per second per server, all while ingesting new data in real-time. In his talk A Quick Tour of Clickhouse Internals, Yandex’s Alex Zatelepin discussed architectural decisions made by ClickHouse, their consequences from the point of view of an application developer and how to determine if ClickHouse is a good fit for a particular use case.

He covered the following topics:

In a second Percona Live Europe talk, Aleksei Milovidov of Yandex presented ClickHouse: A DBMS for Interactive Analytics at Scale. In this presentation, Aleksei walked through Yandex’s development of ClickHouse, and how its iterative approach to organizing data storage resulted in a powerful and extremely fast open source system.

You can see my chat with both of these presenters in the video below. Check it out!