Yelp IT! A talk with 3 Yelp MySQL DBAs on Percona Live & more 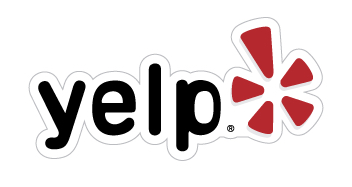 Founded in 2004 to help people find great local businesses, Yelp has some 135 million monthly unique visitors. With those traffic volumes Yelp’s 300+ engineers are constantly working to keep things moving smoothly – and when you move that fast you learn many things.

Fortunately for the global MySQL community, three Yelp DBAs will be sharing what they’ve learned at the annual Percona Live MySQL Conference and Expo this April 13-16 in Santa Clara, California.

Say “hello” to Susanne Lehmann, Jenni Snyder and Josh Snyder! I chatted with them over email about their presentations, on how MySQL is used at Yelp, and about the shortage of women in MySQL.

Tom: Jenni, you and Josh will be co-presenting “Next generation monitoring: moving beyond Nagios ” on April 14.

You mentioned that Yelp’s databases scale dynamically, and so does your monitoring of those databases. And to minimize human intervention, you’ve created a Puppet and Sensu monitoring ensemble… because “if it’s not monitored, it’s not in production.” Talk to me more about Yelp’s philosophy of “opt-out monitoring.” What does that entail? How does that help Yelp?

Jenni: Before we moved to Sensu, our Nagios dashboards were a sea of red, muted, acknowledged, or disabled service checks. In fact, we even had a cluster check to make sure that we never accidentally put a host into use that was muted or marked for downtime. It was possible for a well-meaning operator to acknowledge checks on a host and forget about it, and I certainly perpetrated a couple of instances of disks filling up after acknowledging a 3am “warning” page that I’d rather forget about. With Sensu, hosts and services come out of the downtime/acknowledgement state automatically after a number of days, ensuring that we’re kept honest and stay on top of issues that need to be addressed.

Also, monitoring is deployed with a node, not separate monitoring configuration. Outside of a grace period we employ when a host is first provisioned or rebooted, if a host is up, it’s being monitored and alerting. Also, alerting doesn’t always mean paging. We also use IRC and file tickets directly into our tracking system when we don’t need eyes on a problem right away.

Tom: Susanne, in your presentation, titled “insert cassandra into prod where use_case=?;” you’ll discuss the situations you’ve encountered where MySQL just wasn’t the right tool for the job.

What led up to that discovery and how did you come up with finding the right tools (and what were they) to run alongside and support MySQL?

Susanne: Our main force behind exploring other datastores alongside MySQL was that Yelp is growing outside the US market a lot. Therefore we wanted the data to be nearer to the customer and needed multi-master writes.

Also, we saw use cases where our application data was organized very key-value like and not relational, which made them a better fit for a NoSQL solution.

We decided to use Cassandra as a datastore and I plan to go more into detail why during my talk. Now we offer developers more choices on how to store our application data, but we also believe in the “right tool for the job” philosophy and might add more solutions to the mix in the future.

Tom: Jenni, you’ll also be presenting “Schema changes multiple times a day? OK!” I know that you and your fellow MySQL DBAs are always improving and also finding better ways of supporting new and existing features for Yelp users like me. Delivering on such a scale must entail some unique processes and tools. Does this involve a particular mindset among your fellow DBAs? Also, what are some of those key tools – and processes and how are they used?

Jenni: Yelp prizes the productivity of our developers and our ability to iterate and develop new features quickly. In order to do that, we need to be able to not only create new database tables, but also modify existing ones, many of which are larger than MySQL can alter without causing considerable replication delay. The first step is to foster a culture of automated testing, monitoring, code reviews, and partnership between developers and DBAs to ensure that we can quickly & safely roll out schema changes. In my talk, I’ll be describing tools that we’ve talked about before, like our Gross Query Checker, as well as the way the DBA team works with developers while still getting the rest of our work done. The second, easy part is using a tool like pt-online-schema-change to run schema changes online without causing replication delay or degrading performance 🙂

Josh: When I say that we use elastic provisioning, I mean that we can reliably and consistently build a database server from scratch, with minimal human involvement. The goal is to encompass every aspect of the provisioning task, including configuration, monitoring, and even load balancing, in a single thoroughly automated process. With this process in place, we’ve found ourselves able to quickly allocate and reallocate resources, both in our datacenters and in the cloud. Our tools for implementing the above goals give us greater confidence in our infrastructure, while avoiding single-points of failure and achieving the maximum possible level of performance. We had a lot of fun building this system, and we think that many of the components involved are relevant to others in the field.

Tom: Susanne and Jenni, last year at Percona Live there was a BoF session titled “MySQL and Women (or where are all the women?).” The idea was to discuss why there are “just not enough women working on the technology side of tech.” In a nutshell, the conversation focused on why there are not more women in MySQL and why so relatively few attend MySQL conferences like Percona Live.

The relative scarcity of women in technical roles was also the subject of an article published in the August 2014 issue of Forbes, citing a recent industry report.

Why, in your (respective) views, do you (or don’t) think that there are so few women in MySQL? And how can this trend be reversed?

Susanne: I think there are few women in MySQL and the reasons are manifold. Of course there is the pipeline problem. Then there is the problem, widely discussed right now, that women who are entering STEM jobs are less likely staying in there. These are reasons not specific for MySQL jobs, but rather for STEM in general. What is more specific for database/MySQL jobs is, in my opinion, that often times DBAs need to be on call, they need to stay in the office if things go sideways. Database problems tend often to be problems that can’t wait till the next morning. That makes it more demanding when you have a family for example (which is true for men as well of course, but seems still to be more of a problem for women).

As for how to reverse the trend, I liked this Guardian article because it covers a lot of important points. There is no easy solution.

I like that more industry leaders and technology companies are discussing what they can do to improve diversity these days. In general, it really helps to have a great professional (female) support system. At Yelp, we have AWE, the Awesome Women in Engineering group, in which Jenni and I are both active. We participate in welcoming women to Yelp engineering, speaking at external events and workshops to help other women present their work, mentoring, and a book club.

Jenni: I’m sorry that I missed Percona Live and this BoF last year; I was out on maternity leave. I believe that tech/startup culture is a huge reason that fewer women are entering and staying these days, but a quick web search will lead you to any number of articles debating the subject. I run into quite a few women working with MySQL; it’s large, open community and generally collaborative and supportive nature is very welcoming. As the article you linked to suggests, MySQL has a broad audience. It’s easy to get started with and pull into any project, and as a result, most software professionals have worked with it at some time or another.

On another note, I’m happy to see that Percona Live has a Code of Conduct. I hope that Percona and/or MySQL will consider adopting a Community Code of Conduct like Python, Puppet, and Ubuntu. Doing so raises the bar for all participants, without hampering collaboration and creativity!

Thanks very much, Susanne, Jenni and Josh! I look forward to seeing you next month at the conference. And readers, if you’d like to attend Percona Live, use the promo code Yelp15 for 15% off! Just enter that during registration. If you’re already attending, be sure to tweet about your favorite sessions using the hashtag #PerconaLive. And if you need to find a great place to eat while attending Percona Live, click here for excellent Yelp recommendations. 🙂