Today we announced the full conference sessions schedule for April’s Percona Live MySQL Conference & Expo 2015 and this year’s event, once again at the Hyatt Regency Santa Clara and Santa Clara Convention Center, looks to be the biggest yet with networking and learning opportunities for MySQL professionals and enthusiasts at all levels.

Conference sessions will run April 14-16 following each morning’s keynote addresses (the keynotes have yet to be announced). The 2015 conference features a variety of formal tracks and sessions related to high availability, DevOps, programming, performance optimization, replication and backup. They’ll also cover MySQL in the cloud, MySQL and NoSQL, MySQL case studies, security (a very hot topic), and “what’s new” in MySQL.

The sessions will be delivered by top MySQL practitioners at some of the world’s leading MySQL vendors and users, including Oracle, Facebook, Google, LinkedIn, Twitter, Yelp, Percona and MariaDB. 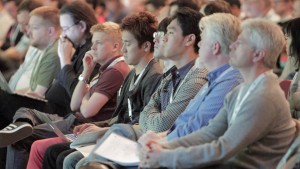 Of course Percona Live 2015 will also include several hours of hands-on, intensive tutorials – led by some of the top minds in MySQL. We had a post talking about the tutorials in more detail last month. Since then we added two more: “MySQL devops: initiation on how to automate MySQL deployment” and “Deploying MySQL HA with Ansible and Vagrant.” And of course Dimitri Vanoverbeke, Liz van Dijk and Kenny Gryp will once again this year host the ever-popular “Operational DBA in a Nutshell! Hands On Tutorial!”

Yahoo, VMWare, Box and Yelp are among the industry leaders sponsoring the event, and additional sponsorship opportunities are still available. 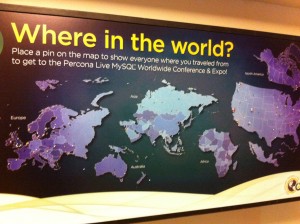 Worldwide interest in Percona Live continues to soar, and this year, for the first time, the conference will run in parallel with OpenStack Live 2015, a new Percona conference scheduled for April 13 and 14. That event will be a unique opportunity for OpenStack users and enthusiasts to learn from leading OpenStack experts in the field about top cloud strategies, improving overall cloud performance, and operational best practices for managing and optimizing OpenStack and its MySQL database core.

Best of all, your full Percona Live ticket gives you access to the OpenStack Live conference! So why not save some $$? Early Bird registration discounts are available through Feb. 1, 2015 at 11:30 p.m. PST.

I hope to see you in April!

Kortney joined Percona in September 2010. She works as the Director of Global Events putting together different industry events around the world most notable the Percona Live series.