Streamlined Percona XtraDB Cluster (or anything) testing with Consul and Vagrant

I’m always interested in what Mitchell Hashimoto and Hashicorp are up to, I typically find their projects valuable.  If you’ve heard of Vagrant, you know their work.

I recently became interested in a newer project they have called ‘Consul‘.  Consul is a bit hard to describe.  It is (in part):

What this has to do with Percona XtraDB Cluster

I’ve had some more complex testing for Percona XtraDB Cluster (PXC) to do on my plate for quite a while, and I started to explore Consul as a tool to help with this.  I already have Vagrant setups for PXC, but ensuring all the nodes are healthy, kicking off tests, gathering results, etc. were still difficult.

So, my loose goals for Consul are:

I’ve succeeded on some of these fronts with a Vagrant environment I’ve been working on. This spins up:

Additionally, it integrates the Test servers and PXC nodes with Consul such that:

Seeing it in action 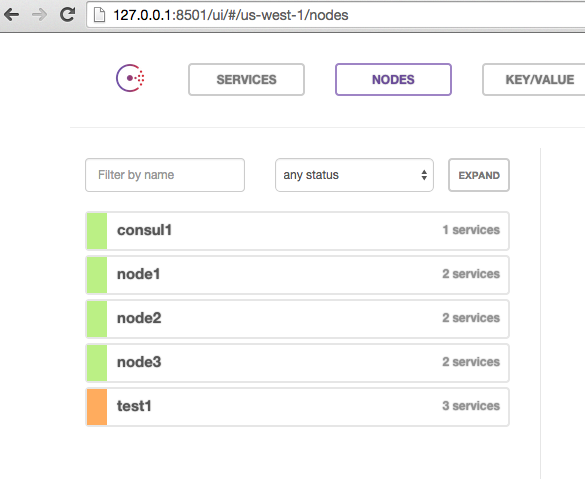 I can see all 5 of my nodes.  I can check the services and see that test1 is failing one health check because sysbench isn’t running yet:

Consul reporting sysbench is not running.

This is expected, because I haven’t started testing yet.  I can see that my PXC cluster is healthy: 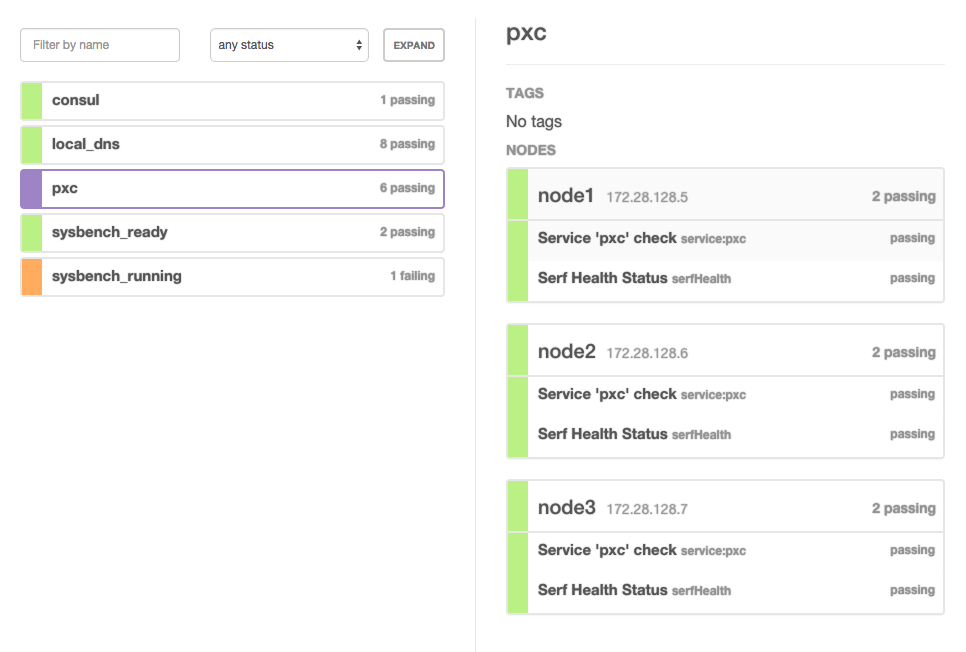 Health checks are using clustercheck from the PXC package

So far, so good.  This Vagrant configuration (if I provide a PERCONA_AGENT_API_KEY in my environment) also registers my test servers with Percona Cloud Tools, so I can see data being reported there for my nodes: 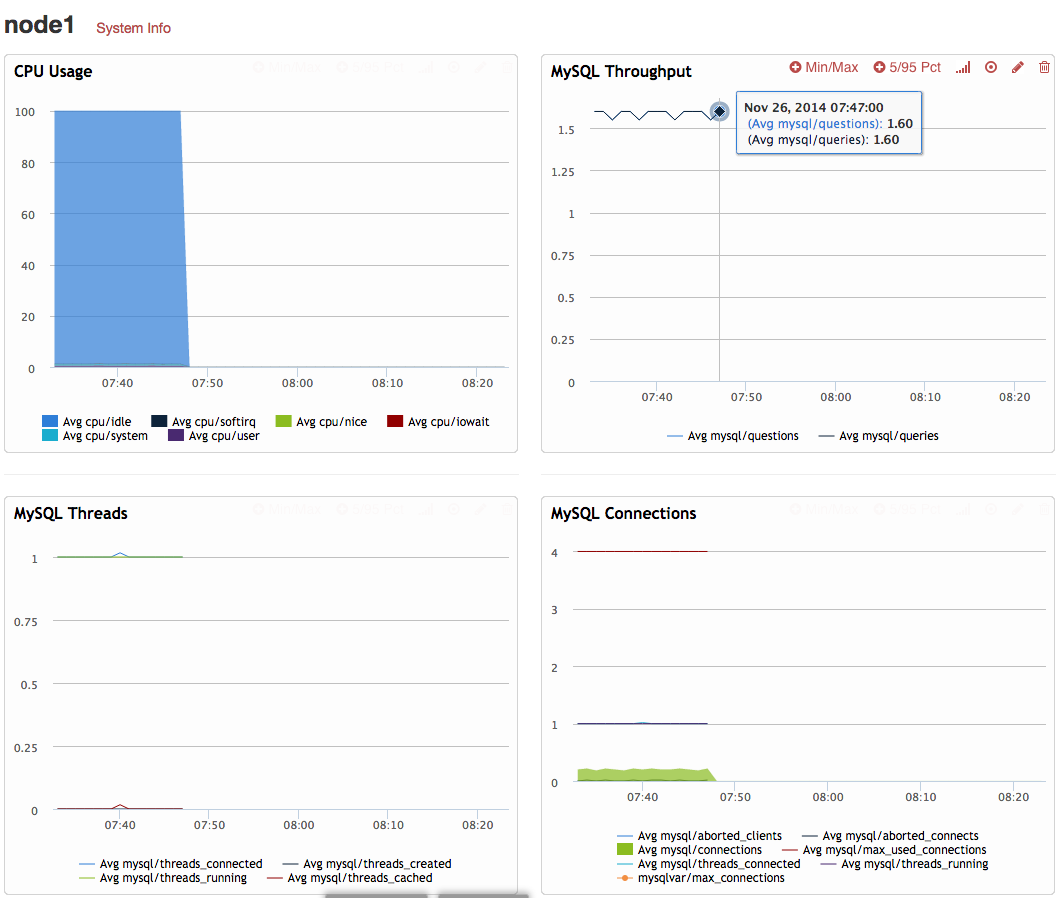 So now I am ready to begin my test.  To do so, I simply need to issue a consul event from any of the nodes:

My pre-configured watchers on my test node knows what to do with that event and launches sysbench.  Consul shows that sysbench is indeed running: 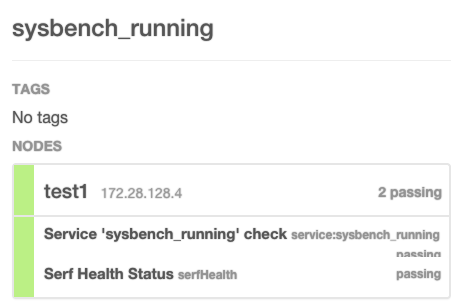 And I can indeed see traffic start to come in on Percona Cloud Tools: 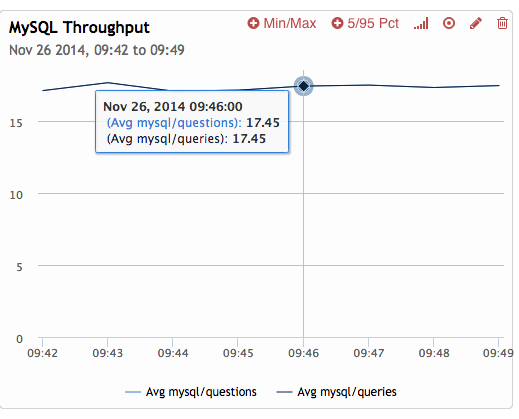 I have testing traffic limited for my example, but that’s easily tunable via the Vagrantfile.  To show something a little more impressive, here’s a 5 node cluster running hitting around 2500 tps total throughput:

So to summarize thus far:

Another big trick of Consul’s

That so far so good, but let me point out a few things that may not be obvious.  If you check the Vagrantfile, I use a consul hostname in a few places.  First, on the test servers:

then again on the PXC server configuration:

Notice ‘pxc.service.consul’.  This hostname is provided by Consul and resolves to all the IPs of the current servers both having and passing the ‘pxc’ service health check:

So I am using this to my advantage in two ways:

(Some of) The Issues

This is still a work in progress and there are many improvements that could be made:

So, in summary, I am happy with how easily Consul integrates and I’m already finding it useful for a product in its 0.4.1 release.