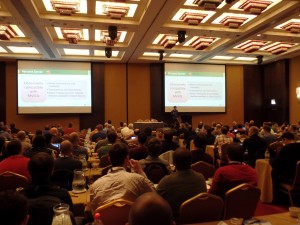 The 2014 edition of Percona Live London brought together attendees from 30 countries to hear insightful talks from leaders in the MySQL community. The conference kicked off on Monday with a full day of tutorials followed by the very popular Community Dinner featuring a double decker bus shuttle from the conference to the event.

Tuesday started with keynote talks by representatives from MySQL, VMware, HGST, Codership, and Percona. I particularly enjoyed the talks by Tomas Ulin of MySQL (which highlighted the upcoming MySQL 5.7 release) and Robert Hodges of VMware (which focused on the evolution of MySQL). The remainder of the day was filled by six time slots of breakout sessions (30 sessions in all) broken into 10 tracks. The day wrapped up with the always popular Community Networking Reception. Attesting to the quality of the conference, 4 out of 5 respondents to our post conference survey indicate they are likely to attend the conference again in 2015.

The session slides are available by visiting the Percona Live London 2014 conference website (look for the “Session Slides” button in the right hand column). Slides are added as they come in from the speakers so please check back if the slides are not yet available for a specific talk that interests you.

Special thanks goes out to the Percona Live London 2014 Conference Committee which put together such a great program: 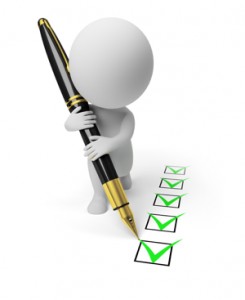 This year we collaborated with ComputerworldUK to run a short survey at the conference which should appear in that publication in the near future. We had 64 responses, all of them being form MySQL professionals who attended the conference. The results were interesting:

Do you agree with the statement that “Oracle has been a good steward of MySQL over the past twelve months”?
YES = 81%
NO = 19%

Are you currently running a production OpenStack environment in your organization?
YES = 17%
NO = 83%

Have you evaluated OpenStack within the past twelve months?
YES = 25%
NO = 75%

Are you more likely to switch to a non-MySQL open source database now than you were twelve months ago?
YES = 35%
NO = 65%

The sentiment about Oracle’s stewardship of MySQL compares favorably with the comments by our own Peter Zaitsev in a recent ZDNet article titled “MySQL: Why the open source database is better off under Oracle“. 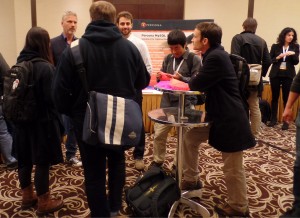 The ratings related to OpenStack mirror our experience with the strong growth in interest in that technology. In response, we are launching the inaugural OpenStack Live 2015 conference in Silicon Valley which will focus on making attendees more successful with OpenStack with a particular emphasis on the role of MySQL and Trove. The event will be April 13-14, 2015 at the Santa Clara Convention Center. The call for proposals closes on November 16, 2014.

Our next Percona Live MySQL Conference and Expo is April 13-16, 2015 in Silicon Valley. Join us for the largest MySQL conference in the world – last year’s event had over 1,100 registered attendees from 40 countries who enjoyed a full four days of tutorials, keynotes, breakout sessions, networking events, BOFs, and more. The call for speaking proposals closes November 16, 2014 and Early Bird registration rates are still available so check out the conference website now for full details.

Thanks to everyone who helped make Percona Live London 2014 a great success. I look forward to the Percona Live MySQL Conference and the OpenStack Live Conference next April in Silicon Valley!

I joined Percona as Chief Marketing Officer in 2011. I've been marketing high tech software and services worldwide for over 20 years including open source solutions since 1999. Prior to Percona, I was the first marketing person for DotNetNuke, the leading open source web content management system for .NET. While at Percona (#1566 in 2013 and #2187 in 2014), DotNetNuke (#228 in 2010), and CaseCentral (#450 in 2004), each company was named to the Inc. 500/5000. You can check out my thoughts on marketing open source solutions on my blog at www.opensourcesoftware.marketing.