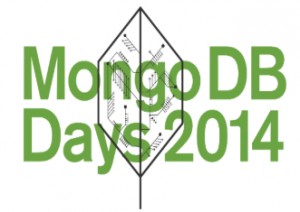 I visited MongoDB Day in London on November 6. Here are a few observations:

App-Developer Centric. It is interesting to see how much MongoDB is about developers; the ops side is something which is a necessary evil developers have to deal with. The ops topics covered in principle that there are no topics about choices of operating systems or hardware for MongoDB beyond flash and more memory.

Development Stacks. Being application centric there was good coverage of the MongoDB-powered stacks – MEAN and METEOR specifically got attention. Especially the METEOR presentation by Henrik Ingo was cool – real-time view synchronization between the Web browser (or mobile app) and database as well as the same language for server-side and client-side development is a really great concept. Though Henrik did not got into detail on how well it scales besides mentioning that it does not work with Sharded MongoDB at this point.

Sharding Focused. Where in the MySQL world the approach is what which applications can get by with without sharding, MongoDB shards almost everything – often employing multiple instances of MongoDB daemon running on the same OS image (on different ports). It is acknowledged that MongoDB does not scale up very well with database-level locking, though this is about to change.

Cluster aware connector. Where in the MySQL world the traditional API is to connect to a single node, in the MongoDB world you often connect to a “cluster” containing many replica sets with data sharded across them. This is really good as this means you do not have to try to emulate the single server with a cluster (especially have single highly available IP).

Pluggable Storage Engines. This was the big thing at this show with its being a top topic of the keynote as well as in-depth sessions. Unlike in MySQL, the MongoDB storage engine is chosen for the whole instance and not one collection/table. This is a transformational time for MongoDB with both the core storage engine being worked on to get document-level locking and the “Wired Tiger” storage engine being added as a write-optimized storage engine option. Hopefully MongoDB is acting to protect themselves from something akin to Innodb-Oracle fiasco in the MySQL space.

MMS. The MongoDB Monitoring Service, which now includes Backups and Deployments, was showcased a lot as an answer to all problems in the MongoDB space. There was a lot of work put into this product, including a really advanced configurator for Amazon Web Services deployments where you can configure many instance properties directly.

Not much hardcore details. I will end basically where I’ve started – there was not much detail for those longing for details. I’m not an expert in MongoDB (yet) so relatively more basic level detail about how exactly MongoDB operates would suffice, but it was not covered. The most helpful for me were some side conversations where I would hear about things like challenges with adding elements to the large array that are part of the document or whether there are any powerful optimization of Covering Indexes that exists for MongoDB as for MySQL. Perhaps this was because it was a smaller show and maybe the next MongoDB World event will have more of such in-depth content.