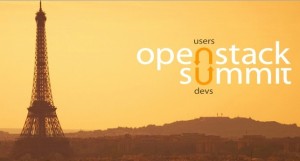 I will present a benchmarking talk next week (Nov. 4) at the OpenStack Paris Summit with Jay Pipes from Mirantis. In order to be able to talk about benchmarking, we had to be able to set up and tear down OpenStack environments really quickly. For the benchmarks, we are using a deployment on AWS (ironically) where the instances aren’t actually started and the tenant network is not reachable but all the backend operations still happen.

The first performance bottleneck we hit wasn’t at the MySQL level. We used Rally to benchmark the environment. We started 1,000 fake instances with it at the first glance.

The first bottleneck that we saw was neutron-server eating up a single CPU core. We took a deeper look, and saw that neutron-server is utilizing a single core completely. By default, neutron does everything in a single process. After configuring the api workers and the rpc workers, performance became significantly better.

Before adding the options:

After adding the options:

Stop by our talk at the OpenStack Paris Summit for more details!

At Percona, we’re pleased to see the adoption of our open source software by the OpenStack community and we are working actively to develop more solutions for OpenStack users. We also provide Consulting assistance to organizations that are adopting OpenStack internally or are creating commercial services on top of OpenStack.

We are also pleased to introduce the first annual OpenStack Live, a conference focused on OpenStack and Trove, which is April 13 & 14, 2015 in Santa Clara, California. The call for speaking proposals is now open for submissions which will be reviewed by our OpenStack Live Conference Committee (including me!).