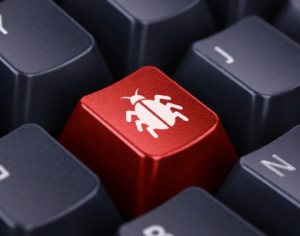 The media train is in full steam today over the the CVE-2014-6271 programming flaw, better known as the “Bash Bug” or “Shellshock” – the original problem was disclosed on Wednesday via this post. Firstly this issue exploits bash environment variables in order to execute arbitrary commands; a simple check for this per the Red Hat security blog is the following:

If you see an error:

Your version of bash is not vulnerable, if you see the text “vulnerable” – however you are.

The question becomes “how much of a problem is this really?” It’s a valid question given that even with the potential to exploit this issue via AcceptEnv for ssh connections; the attack appears to be a “local user” exploit.

I’d like to point out that it has been noted that there’s the potential for this to be exploitable in CGI web applications; and it’s also worth being aware of this new metasploit module which exploits an issue in dhclient where code injection can occur via crafted hostname response to DHCP requests, in my personal opinion this is a far wider issue in dhclient itself.

It does not appear to be directly affected at this time; unless you have a UDF allowing shell command execution.

MySQL documentation on environment variables as per here modified local behavior of the client only not the server. (without local modification server side).

Is my application affected?