I’ve been a little behind in recent blogging efforts, and realized that in less than a month we’ll be back at Percona Live: MySQL Conference and Expo 2014, aka PLMCE. Last year’s PLMCE was my first, as well as the event where Tokutek announced the open sourcing of TokuDB.

It’s hard to believe that a year has gone by, but the customer adoption in both enterprise and community users has been awesome. TokuDB is available from our website for both MySQL and MariaDB, and is also available directly from MariaDB and coming soon from Percona.

As for this year’s PLMCE, we’ve got a lot going on. I was a member of the conference committee (and didn’t realize how much work it was to review almost 400 talk submissions). Here are just some of the ways you can lean more about TokuDB (and TokuMX if you’re “MongoDB curious”).

So, if you can make the conference I highly recommend that you go and sign up immediately.

Want to meet up to learn more about TokuDB/TokuMX at the conference? I’ll be at the Hyatt on Monday afternoon and flying back late Friday night, email me at tim@tokutek.com or find me at the conference. And please remember, I’m not Mark, and neither of us has nearly as much hair as we did in the following picture. 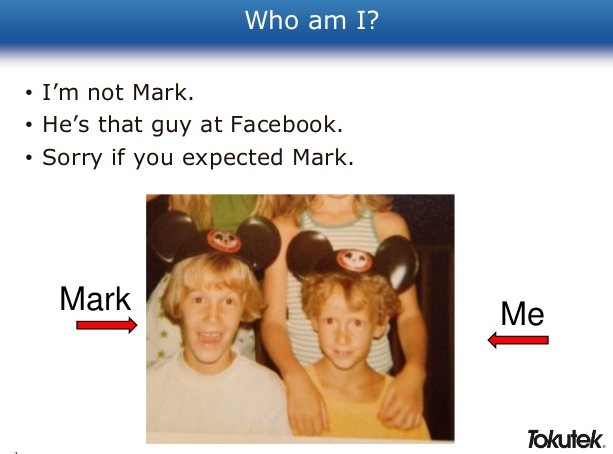