A sneak peek at the Percona Live MySQL Conference & Expo 2014 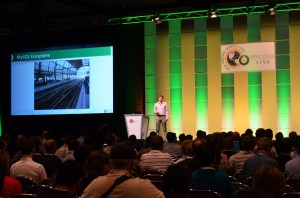 If you attended last April’s Percona Live MySQL Conference and Expo – and/or last month’s Percona Live London 2013 conference – then you understand the value of learning from some of the world’s best and brightest system architects and developers. So you might want to consider registering now and take advantage of Early Bird discount pricing (ends January 5).  Like last year, the event will be held at the Hyatt Regency Santa Clara and Santa Clara Convention Center.

The full conference agenda for Percona Live 2014 will be announced next month – but I’m pleased to share the initial speaker roster – and you’ll probably agree that the list of speakers and topics are impressive:

For more information and additional speakers as they are added, visit the Percona Live Conference and Expo 2014 Sneak Peek page. You can also read today’s press release for more details.

Each Percona Live MySQL conference seems to be bigger and better – and this coming April’s event promises to be the best one yet thanks to the hard work of the awesome Conference Committee, which is comprised of a distinguished array of industry veterans:

We also have room for additional sponsorship opportunities, a rare opportunity to interact with more than 1,000 DBAs, sysadmins, developers, CTOs, CEOs, business managers, technology evangelists, solutions vendors, and entrepreneurs from all over the world right in the heart of Silicon Valley.

Hope to see you in April!