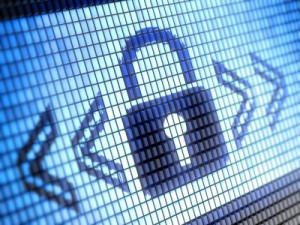 Thanks to everyone who attended last week’s webinar on MySQL security; hopefully you’ve all gone out and set SELinux to enforcing mode if you weren’t already running that way. If you weren’t able to attend, the recording and slides are available for viewing/download. But now, without further ado, here are the questions which we didn’t have time to cover during the presentation.

Q: Do you have a favorite software firewall you recommend that I can run on an EC2 instance in front of my MySQL server?
A: I’d probably just do this with iptables. Any of the other Linux-based software firewall packages are all going to be wrappers around iptables anyway. However, if your MySQL server is already in EC2, you’re going to be better served by Amazon security groups as your front-line firewall. You can also run inside a VPC for some additional isolation.

Q: What do you use for disk encryption in the cloud environment?
A: I might use GPG if I need to encrypt specific files, or just encrypt data in the database via the MySQL functions or in my application, and there’s also no reason why you can’t use dm-crypt/LUKS in the cloud if you’re willing to accept that mounting the device will require some manual intervention, but for the most part, I think disk encryption for servers is pretty useless, because once you enter the key to unlock and mount the volume, anyone that can get access to that machine has full access to the data. I’ve heard of Gazzang being a possible solution here, but I’ve not personally looked at it, so I can’t speak to its performance or suitability.

Q: How much overhead does SSL put on a heavily-loaded MySQL box?
A: That depends on a lot of factors, such as the cipher in use and the kinds of load you’re running. The slowest part of SSL is the connection setup, so you’re going to see a lot less overhead for replication, connection pooling, or long-running transactions than you would from an application with rapidly connects to the database and then disconnects. There’s a graph on the yaSSL site which shows roughly a 25% penalty at 32 threads, but their benchmarks are from 2011 and they were run on someone’s laptop, so I have my doubts as to how well that translates to modern server-grade hardware.

Q: Can MySQL do LDAP/Kerberos login?
A: You can use the PAM authentication plugin (either the commercial one from Oracle or Percona’s open source version) to authenticate against an LDAP database.

Thanks again for attending and submitting your questions; security is one of those massive topics where it’s only possible to scratch the surface in a one-hour webinar. Later this year I may do a follow-on presentation wherein we skip over all of the system/network/application details and do a deeper dive only on MySQL security-related tweaks and best/worst practices, so stay tuned!