Two months ago I posted a performance comparison running Sysbench on MongoDB versus MongoDB with Fractal Tree Indexes v0.0.2. The benchmark showed a 133% improvement in throughput. Nice, but our engineering team had an effort on our road-map for lock refinement that we believed would really boost our performance, which is now available in v0.1.0. The benchmark application itself is unchanged and available on GitHub.

For anyone curious about Sysbench itself, the details are available from the prior blog. The only change for this run was hardware. Our Sun x4150 server recently began rebooting itself at random times, so it has been replaced with a newer HP server. Another change is that during the benchmark I run a small application that consumes all but 16GB of RAM on the server to make sure I am not running an in-memory benchmark. 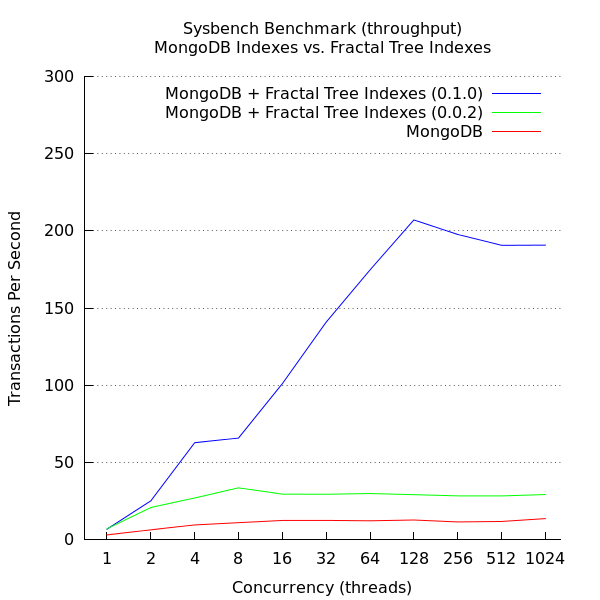 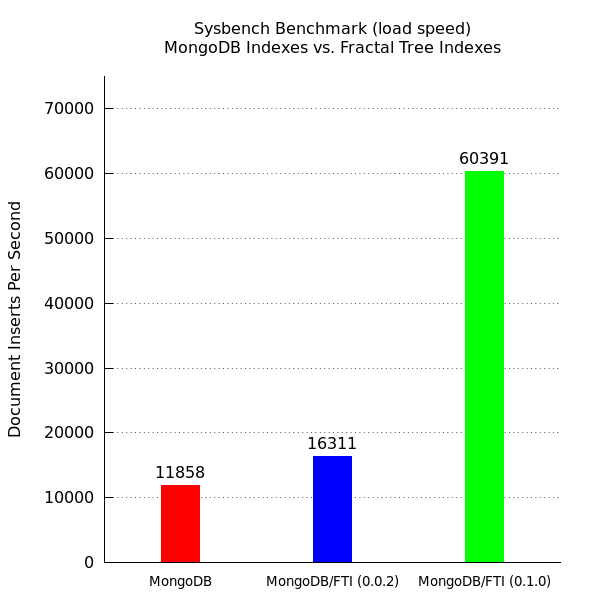 Prior to running the benchmark itself, we run 8 simultaneous loaders. Each loader inserts 1000 documents per batch into different collections. The raw Sysbench insertion performance of v0.1.0 is now 409% faster than pure MongoDB (60,391 inserts per second vs. 11,858 inserts per second).

We will continue to share our results with the community and get people’s thoughts on applications where this might help, suggestions for next steps, and any other feedback. Please drop us a line if you are interested in an evaluation.