TokuDB v6.0 is full of great improvements, like getting rid of slave lag, better compression, improved checkpointing, and support for XA.

I’m happy to announce that TokuDB v6.0 is now generally available and can be downloaded here.

I wanted to take this time to talk about one more under-the-hood goody we’ve added to v6.0. In particular, we’ve been working on our locking schemes and have made some nice improvements in multi-threaded performance. In TokuDB v5.2, we outperformed InnoDB on sysbench by about 20% out to 64 threads. The following shows the performance of TokuDB v6.0 vs InnoDB on the same test: 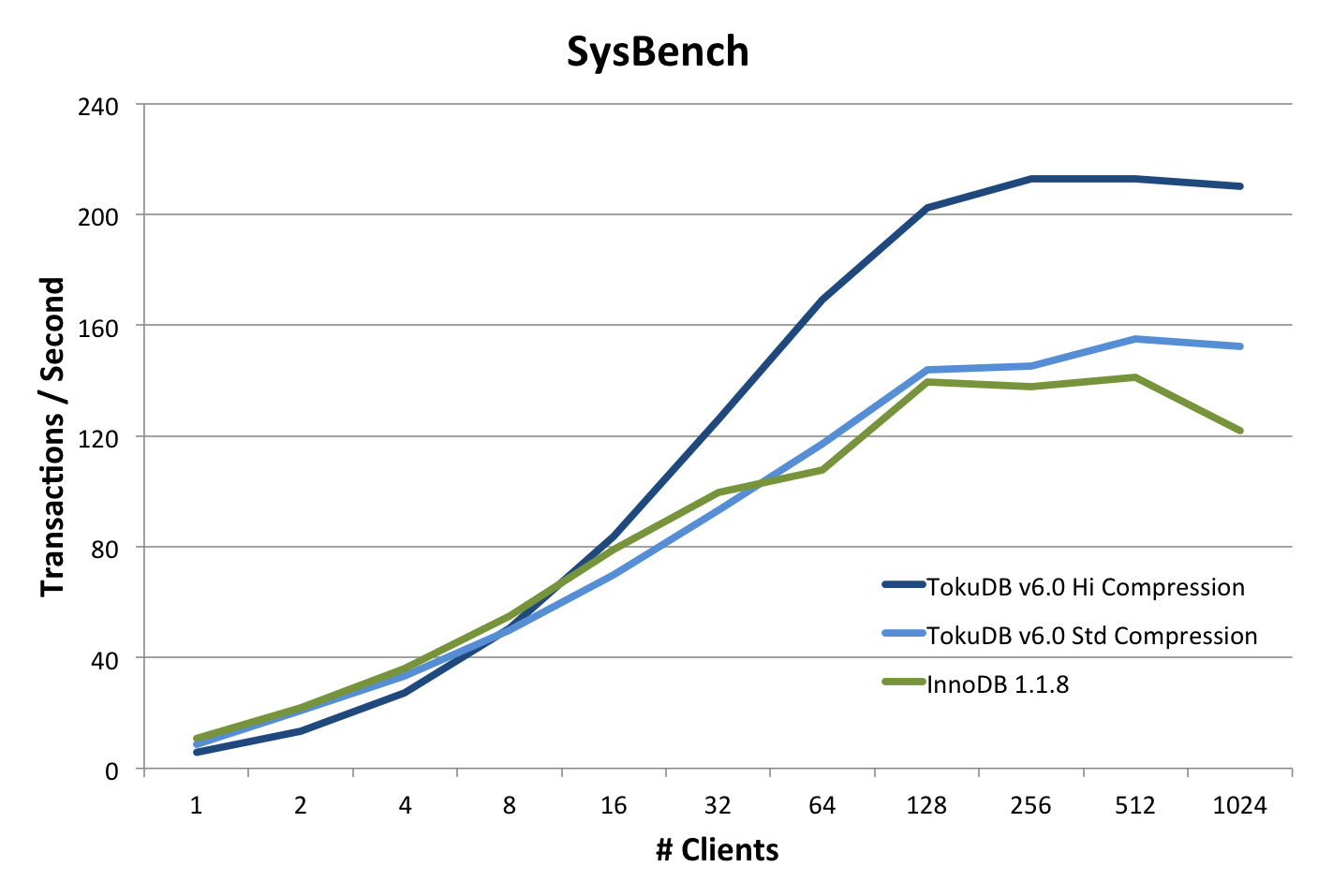 InnoDB now has better multi-threading as well, so with standard compression on, we are now neck-in-neck with InnoDB out to 64 client threads, and then pull ahead out to 1024 client threads. With high compression, we top out at 72% faster than InnoDB!

We hope you enjoy this and all the other TokuDB v6.0 improvements.