Thanks to all of our sponsors, speakers, speaker selection committee, event staff, and especially the attendees for making last week’s conference a resounding success. With over a thousand people, the event made a good comeback after last year’s event, but more importantly, the mood was strongly optimistic. I think a lot of people arrived with some uncertainty about how it would turn out, but the doubts didn’t last long, and after a few hours I believe everyone felt the energy and enthusiasm. 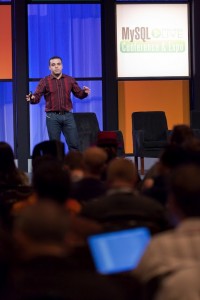 The positive comments on the Internet certainly seem to point that direction: Florian Haas called it “awe-inspiring.” Ronald Bradford said it “was easily the best run, attended and energetic event in at least the past 3 years,” and Robert Hodges agreed that it was “the best in years.” Darren Cassar called it “one of the best MySQL conferences since I started attending four years ago,” while Marco Tusa and Art van Scheppingen praised it as “amazing” and James Briggs said that “Percona did a great job.” We appreciate all the kind words, but even more than that, we are honored that these compliments come from people who’ve been attending the conference for a long time — some of them since the very first year.

In a nutshell, if you weren’t there, you missed a great week, and I hope you’ll join us next April, or at our New York or London events. Our next conference will be Percona Live New York, which will be held October 1-2, 2012 at the Sentry Conference Center in New York City. The call for papers for Percona Live New York is now open and you can submit your proposal by visiting the website. We are in the process of finalizing the plans for London and will announce that soon. 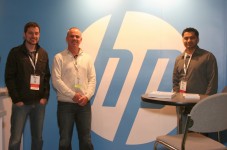 Speaking of that, I want to emphasize that we have signed the contract for next year’s event: April 22-25, 2013. The dates are confirmed and final, and this is not a “maybe.” We have committed to running the conference in 2013 and it will definitely happen. 2013 should be even bigger and better. We planned and executed last week’s event in only a few months, without momentum, and we had to work with the space and dates that were available. In 2013 we have none of those limitations: the conference is a day longer and isn’t scheduled to conflict with Easter and Passover, and we have a full year to plan and promote it.

Notes on a few things:

I’d like to close with a final thanks to everyone who attended and/or worked so hard to make the conference such a success for everyone. Our goal for future conferences remains the same as always: to help the MySQL ecosystem continue to thrive and prosper. I look forward to seeing you at another Percona Live event soon!