1 Billion Insertions – The Wait is Over!

iiBench measures the rate at which a database can insert new rows while maintaining several secondary indexes. We ran this for 1 billion rows with TokuDB and InnoDB starting last week, right after we launched TokuDB v5.2. While TokuDB completed it in 15 hours, InnoDB took 7 days.

The results are shown below. At the end of the test, TokuDB’s insertion rate remained at 17,028 inserts/second whereas InnoDB had dropped to 1,050 inserts/second. That is a difference of over 16x. 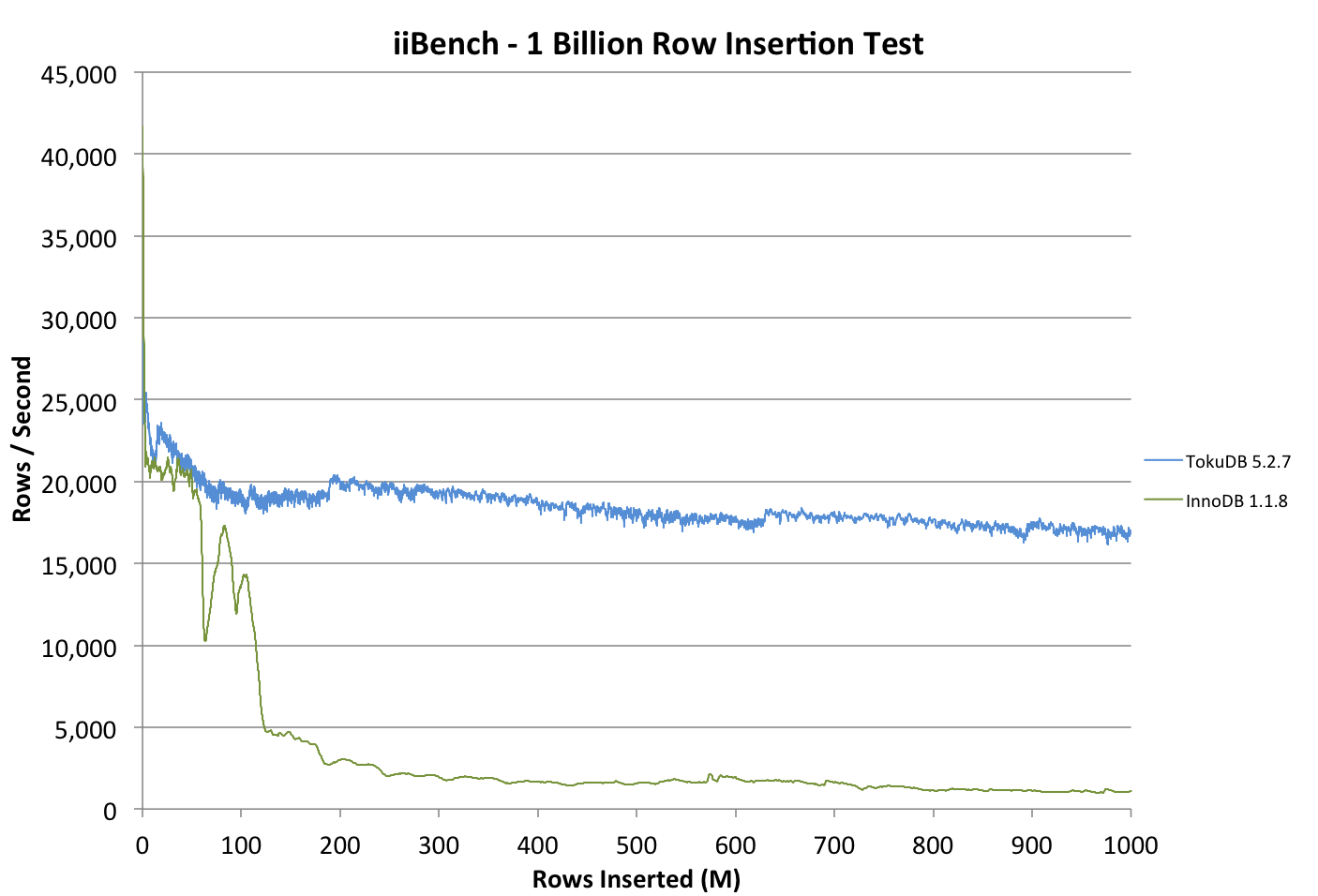 We developed the iiBench benchmark to measure performance for a use case that occurs commonly in production applications, such as online advertising, social media, and network management.

iiBench simulates a pattern of usage for always-on applications that:

Note that iiBench was created as an open-source benchmark, which allows others to freely use it, extend it, and contribute their changes back. We originally unveiled the benchmark in the context of a challenge issued at the 2008 OpenSQL camp. Since then, iiBench has been downloaded and used many times, and ported by the community (in this case, Mark Callaghan) to a Python Script.